I get really riled up when I read articles that make statements such as ‘long term couples always fight fairly’, or ‘happy couples are resourceful when working out difficult issues’. I find it even worse when articles claim that fighting is a sign of breakdown of the relationship and that a ‘no fighting policy’ is the real demonstration of a healthy, working partnership.

Yes, YES, having healthy, empowering tools and learning skills to work through conflicts in a resourceful way is vital to long term relationships! Committing to using those tools, getting help when needed, and working towards mutual agreement and compromise in goal oriented ways is part of what keeps passion alive in a true partnership.

However, I personally have never met anyone who can be clear headed at all times. Perhaps, in an ideal world, we could always be our most mature, resourceful selves, and be able to work through conflicts as partners every time, but I don’t think that this is realistic for most of us mere mortals. Nor do I believe it is necessarily the best course of action.

I believe that fighting, as well as occasionally having major meltdowns, is a normal part of any relationship that is alive and real. I think it is a moot point to say that we should or shouldn’t act in non-resourceful ways because at times, everyone loses it. Sometimes even the most educated and emotionally mature people get triggered, act in immature ways, and say dumb things.

Giving people the idea that they should never fight or have breakdowns if their relationship is healthy, or that they should only have respectful & polite disagreements that include intelligent and well considered behavior, is doing them a disservice. If people strive for these unattainable goals, when they do get into the ugly fights that most couples inevitably experience, they then wind up feeling as if they are failing and doing something wrong, or even worse they begin to think that there is some core problem with their relationship. This kind of thinking can lead people to consider breaking up.

Of course, frequently having non-stop arguments, hurtful & ugly battles, or painful, destructive altercations could be a sign that the relationship is actually disintegrating. However, often, the temporary insanity of an emotionally triggered quarrel is simply a symptom of just that; momentary craziness that could be caused by a variety of things, from fear of not getting our own needs met, to lack of sleep or food, to personal stress, or simply the result of feeling emotionally overwhelmed.

I would rather support people in learning to accept that irrational downward spirals happen to the best of us. When you can accept that as part of the package of partnership, you can then grow from them. When I say accept them, I do not mean to just give up and tolerate erratic meltdowns with resignation. Yes, It is important to work towards getting better at remaining resourceful and to finding ways to negotiate each different conflict while learning to adjust to each other. I just mean that even with the best of intentions and personal growth and work, sometimes, we still lose control and act out. Good intentions that devolve into a chaotic mess is rather common, and not something to necessarily label as bad and wrong.

I actually feel concerned when I hear people say things like ‘we never fight’. From what I have seen, the couples that don’t fight split up down the road, and often don’t quite know why. They say things like, ‘we just fell out of love’, or ‘we don’t have anything in common anymore’. They appear to slowly grow more distant to the point of ending the relationship. I think that they never truly dig in and find the hurt, the pain, the discomfort, the struggle, or the grist that is the inevitable result of two people coming together. As a result of not going to the depths, they don’t get the opportunity to heal core issues and to then work through those issues to discover breakthroughs and new ways of being with each other.

What are some additional benefits of being able to get angry in a relationship?

Most of us have learned that anger is a bad thing. It is scary and dangerous. One of the problems with this is that anger, when left to build over time, can become rage which can result in passive aggressive acting out at best, or violence and abuse at worst. Most of us have not been taught how to have healthy anger, or healthy fights, so our only experience of it has been true danger, or it has led to relationship endings.

I will always remember what one of my teachers said when I was in graduate school learning how to do couples’ therapy:

‘a couple bonds on the deepest levels when it is safe to be angry with each other. Up until that point, both people are walking on eggshells, they are in the romance phase, and they are afraid that if they show their true selves, they will be rejected in some manner.

Once people can be angry with each other, and they learn to argue and fight and disagree and to even have foolish dramas, the couple can trust the other to stay. They can now genuinely love, trust, care about, and look out for each other. Getting through hardships of all types brings them infinitely closer.’

There is a core level of safety that occurs when you can be irrationally angry at each other, act like immature babies, and still be loved. True intimacy occurs when we feel that we will be loved for all of who we are, not just the pretty parts and our put together selves we present to the world, but for our dark and ugly sides too. Exposing shame and darkness and still having the other person stick around can be healing in a core way.

An irrational experience of losing it can be a turning point. It can be the the moment that relieves the pressure of irritating issues or built up resentments you may not even know that you had until someone explodes. The issues that get brought up in an argument, if eventually worked through, can create growth and greater closeness. The primal core need to connect on the deepest levels can be fulfilled through forgiveness and acceptance of each other and through knowing that you are unconditionally loved even when you fail.

Blowing off steam and letting the emotional vent open can be truly cathartic. Emotional release can create space for healing, negotiation and true compromise to begin. In addition, sometimes it takes getting angry to stand up for oneself and recognize where things need to be different. Anger can give you the the strength to express difficult truths and/or give voice to places where you might be afraid to speak up, but really need to come forward and confront hard or scary issues.

Make no mistake, when I use the term ‘fight’, I do not mean violence. I do not mean physical abuse or cruelty. I do not mean breaking agreements, or using your anger as an excuse to be abusive. By fighting, I mean struggling and strongly disagreeing. I mean arguing and yelling and sometimes acting in stupid ways. I am referring to those times, when regardless of our communication skills and good intentions, we lose our cool, we say the things we know we shouldn’t, we yell, we slam doors, and/ or we give the other the silent treatment.

I realize that some people experience yelling as violence. This is part of why each couple needs to learn how to fight in ways that work for both of them.

Why? Well, the most important reason is because we do fight. No matter our intentions, there will be times when we lose control of ourselves, freak out, get triggered or overwhelmed, and act out. In the face of this reality, it is important to have rules that keep us safe. Each couple has to decide what works for them. (*when not fighting 🙂

My husband and I are strong willed, opinionated and stubborn. I come from a family where people screamed and shouted when angry. My husband has a quick hair trigger temper. When he and I are locking horns, we argue, we yell, we don’t listen, and every communication tool we ever had goes out the window.

For many people, this type of fighting would be way too hurtful and, in a way, violent; it is definitely not ok for everyone. For us, it is a release. When we try to be resourceful when we are too angry or not ready, it goes nowhere and we just get in a fight anyways. Once we ‘have it out’, generally we are both contrite, vulnerable, and ready to resolve the issue. For us, it is a way to release the blame, anger, and judgement. I am not saying I necessarily like this. We both often start out trying to work things out in a agreeable manner, but before we know it we are both triggered and angry and not our most resourceful selves to say the least 🙂 I don’t love that this happens, but I have learned to accept it, learn, and make adjustments in my behavior based on what happened.

Part of what makes intense and passionate blow-ups safe are having guidelines or rules that you both agree to and do your best to stick to. Some that I believe are important include:

Well, I confess. My husband and I have on occasion broken #1 and #3.

Regarding #1: (no hitting below the belt) I do think that the only times we have broken that one has been unintentionally, not realizing how sensitive the other person was about a particular topic. After the fight, we have been able to tell the other that that particular ‘thing’ was off limits in a fight, and then we stick with not saying that ‘thing’ during a heated argument. 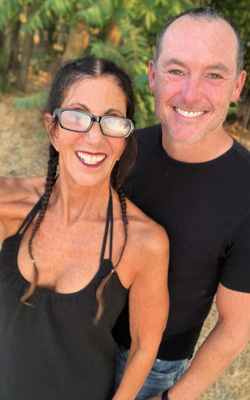 My favorite story about #3 is when my ‘very mature’ husband was so angry at me, he slammed the front door as he left, screaming, ‘you are so immature‘. It was so ironic I started cracking up and the fight was over for me. I did, however, know where he was going and what time he was supposed to be home, so it didn’t leave me feeling completely unsafe.

My point here being is that **fights happen**. We need to accept the humanness of our own failures and triggers while continuing to do our best to be resourceful and grow.

Remaining in love takes work. Intimacy requires a core level of honesty which can lead to struggles and conflict and hurt and upset. Creating a safe container that allows space for anger, meltdowns, arguments, and confusion along with committing to working relentlessly towards love, connection, mutuality, and intimacy, is the groundwork for a passionate relationship and deep partnership that lasts a lifetime.